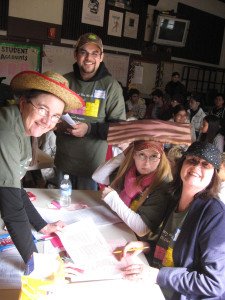 Bob Lipman, currently co-Regional Director for the Redwood Region, has been involved in Odyssey for 20+ years. He’s been a coach, a judge, a team parent, and even the guy who puts together the slideshows at our regional competition and at State Finals. Here’s an article Bob wrote about judging:

Judging: The Heart and Soul of an Odyssey Tournament

I have been involved with Odyssey of the Mind for about 20 years now, and I still feel that it is the GREATEST program offered to students!  I began as a judge, back when Odyssey of the Mind could be referred to as OM, instead of OotM.  After that initial year of judging, I was hooked. Is everyone cut out to be a judge?  Well…truthfully, probably not. Since judges are THE FACES of the Odyssey of the Mind program to the teams who arrive at our regional competition at the end of a long, difficult, but hopefully FUN journey, here are some things that I think judges sh 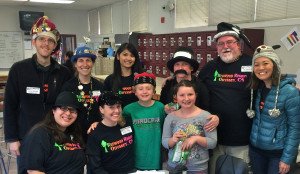 I hope this helps in preparing you to be an important and much needed part of our tournament.

Thank you for volunteering to judge!